Originally from Minnesota, Gwen Nagel painted in oils as a teenager and began studying art at the University of Minnesota. She switched majors, however, eventually earning a Ph.D. in English at Tufts University. Gwen taught writing and American literature in Boston (Harvard Business School and Bentley College) and at the University of Georgia until 1997, when she devoted herself full time to art.

She has studied pastels with many nationally known artists including Albert Handell, Ann Templeton, Liz Haywood-Sullivan, Robert Carsten, Aline Ordman, and Barbara Jaenicke. A founding member and former president of the Plein Air Painters of the South East (PAP-SE), Gwen maintains memberships in several local and national art organizations. She has had several one-person exhibitions and her work has been included in numerous selected group exhibitions throughout the south and New England. Her artwork has also appeared on several book covers. She divides her time between Grantham, NH, and Bridgton, ME. Her work is available at Harvest Gold Gallery in Lovell, ME; Breakwater Gallery in Eastport, ME; and Cassidy Gallery in Conway, NH. She creates paintings to capture a sense of place, to preserve a vulnerable landscape, to record the quality of light, and to spend time with other artists in beautiful places.

Gwen can be reached by email at [email protected] and her work can be seen at www.Gwennagel.com. 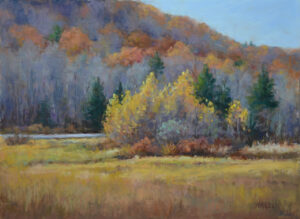 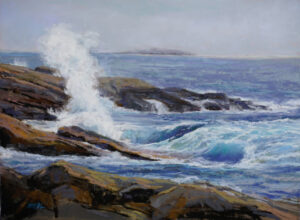