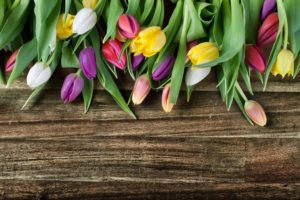 If I could say it in words, there would be no reason to paint.

We have begun the process of regional hub-ridizing—three  hubs have been formed and 4 more will follow in the coming months.

We are unveiling a new feature on our Facebook page, which will offer artists a chance to see the painting processes that a variety of our member artists use.

Continue reading below for more details.

We have two great workshops this summer:

Sign up is underway and the deadline to register is fast approaching. These are great artists and great teachers, so sign up today!

We will be having two VPS shows this year:

Susannah Colby has already sent out the invitation for the Members’ Exhibition. Remember last year’s Members’ Exhibition in Burlington? This year’s show will also feature prizes awarded for 9 different categories of pastel painting, so get your information to her now.

Over the last two months, I have had the opportunity to meet with three groups of VPS artists in three different parts of our state, as we begin the process of forming regional hubs according to the proposal made at the end of last year. Not only did this provide me with the opportunity to newly meet many VPS members, but it showed me that the pastel art spirit is alive and thriving in Vermont.

Three regions have had their first meeting, have adopted a name, and have chosen a point person or co-point people to facilitate their hub activities. They are VPS SouthEast in the Brattleboro area; VPS Central centered around Montpelier; and VPS MidState uniting the Middlebury/Rutland regions. Activities that their hubs want to engage in have been brainstormed, and interestingly, many are similar from hub to hub, but some are unique. Overwhelmingly, the response has been enthusiastic for regional hubs to allow members to gain that sense of community that comes with becoming part of the VPS.

Next up will be the regions around WRJ, Bennington/Manchester, Burlington, and St. J., not in any particular order. If you have any questions as we continue this process, and especially if you would like to help with the development of this exciting proposal, please get in touch with Matt Peake atgoldpeak@vermontel.net

Carol Corliss, our Facebook editor, is going to be unveiling a new centerpiece for our FB page. Each month, she will feature an artist who is willing to take pictures of her/his work during the painting process and supply an observation about each of 4-6 images. That way, we can all get an idea of a member artist’s approach, mistakes that were made and corrected, or serendipities that occurred that changed the course of the painting for the better. After all, it’s all about the process, right? So please email her at carol@roehl-consulting.com with your interest, and/or send her 4-6 photos of a painting from start to finish, each image with one or two sentences explaining something special about that step in your creative process.

THANK YOU FOR YOUR CONTINUED PARTICIPATION IN THE VPS! These are exciting times for all of us.

About The Vermont Pastel Society

The Vermont Pastel Society (VPS) is an all-volunteer organization founded in 1999. The purpose of VPS is to build and strengthen connections among pastel artists. VPS has about 100 members and is open to all levels of pastel artists. Artists using both oil and soft pastels are welcome to join.